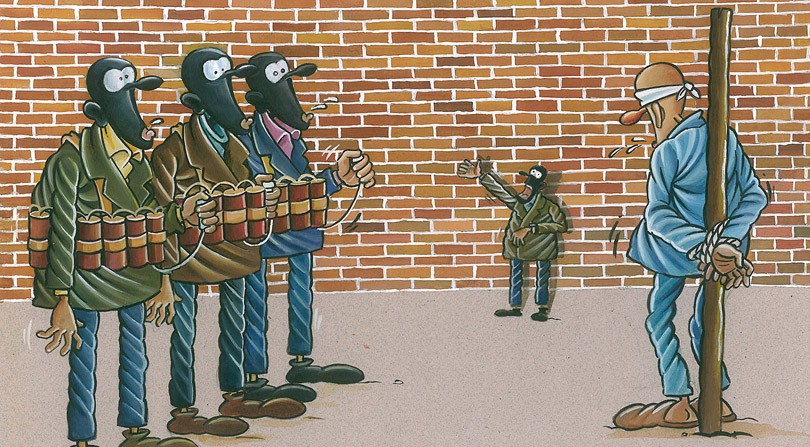 Hamid Soufi, Persian caricaturist, teacher, designer, and painter, began his artistic career by his membership in Lorestan Cartoon Council and published his artworks in credential press including Jam-e-Jam, Hamshahri, and Aftab-e-Yazd. Numerous prizes for designing and cartoons and participation in international contest in Portugal, China, South Coria, and Argentina are among his professional artistic career.
Studying anthropology has caused Hamid to investigate hidden layers of human life and learning the traditions of other communities and has helped him a lot in expressing his attitudes. He believes that Kambiz Derambakhsh is the best Persian cartoonist whose art will always remain.
He talks about the artistic movements in other proveniences and says: “I believe that most cartoonists who are engaged with the best press in Iran are from other provinces than Tehran, and the number of them has been increasing lately.”
Hamid Soufi is now the secretary of ISNA cartoon section in addition to his collaboration with credential national and international magazines. He aims to hold various cartoon exhibitions in near future.