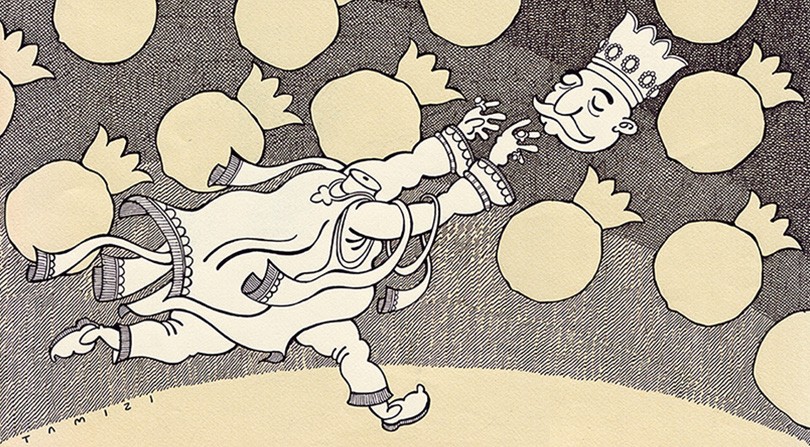 Mahdi Tamizi is well known Iranian cartoonist whose artistic career began by his entrance to the Fine Arts’ School of Isfahan. He has a high acceptance among the artists after years of efforts as a curator who has also gained worthwhile prizes, attended numerous exhibitions and judged national cartoon and caricature contests. Doing researches, photography and graphic designing are his other artistic activities. He believes in the art’s prophecy and its effect on the society and considers the creation of beauty and intellectual concept as the most important of the artists’ prophecy. It must be noted that it is not the artist who must beat the burden of this responsibility.

Despite the simplicity and very little use of colors, his works indicate social concepts and occurrences we are witnessing and he aims to indicate their sense to his audience. Understanding cartoons and caricatures can sometimes lead into misinterpretation; Mahdi Tamizi talks about the matter and says: “my artworks have been misinterpreted and sometimes caused me problems, like any other cartoonist and caricaturist. Working in Iran as a professional artist can lead into misinterpretation and scandals if you are picturing political and social concepts.”