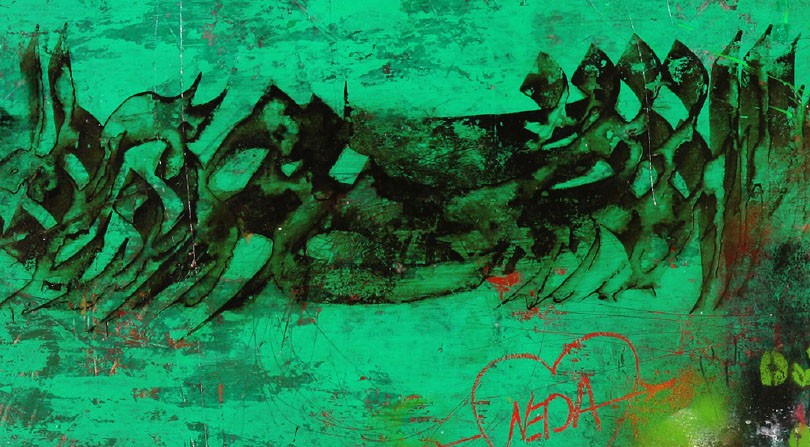 During past few years so many young artists have tried to cross the barriers of Persian calligraphy clichés. One of these artists is Mohammad Fadaei who has a deconstructive and daring approach toward this branch of art. “Calligraphers are working” is the title of his exhibitions which he has presented numerous controversial artworks. In his first exhibition he dressed as a worker, in the second one he dressed as a prisoner and in the third one he let the audience destroy his artworks with different tools! Mohammad has studied calligraphy from well-known masters of the filed including Amir-Ahmad Falsafi and completed his art by learning graphics and painting during studying at university. He is a Philosophy graduate of Tehran University and a Press Graphics educated from the Center of Research and Media with numerous articles on graphics and surveying ancient calligraphy treatise. His explicit words concerning his efforts for standing against calligraphy decline created made this interview a professional one.