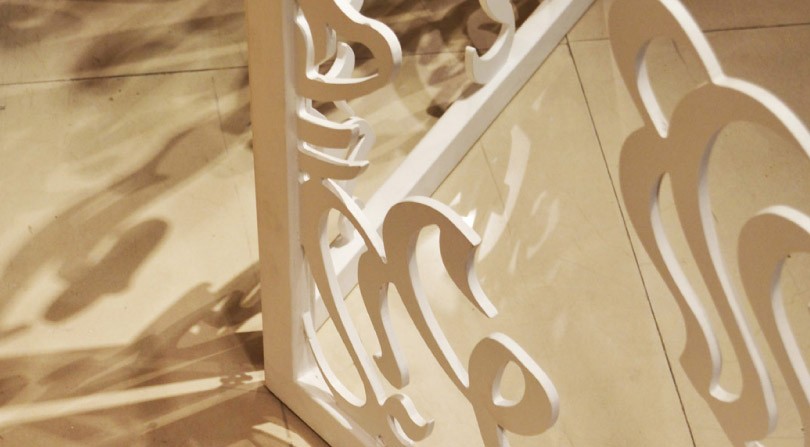 Persian font and the usage of Persian classic letters for exerting on fabric or artistically using them on wood or glass have become popular among artists lately. Beautiful outcome of this method has caused it to use Persian font frequently not only for writing, but also in decoration. Nazanin is the only artist who exerts Persian fronts on fabric and creates graphical volumes.

Nazanin began her artistic career with illustration, graphic design, and advertisement graphic design during her studies at university. After her graduation, with her presence in art galleries of Vancouver and observing numerous artworks, she became interested in Persian font and calligraphy and decided to perform calligraphy functionally. She is still engaged with creating calligraphic volumes with different Persian styles including Nastalique, Shekaste, Sols, and a combination of them.

In her numerous visits to Konya, tomb of the Rumi, Nazanin has been influences by ceremonies and ideologies of Sufis and created some illustrative artworks based on their Sama’a ceremony. She displayed these works in an exhibition entitled “State of Love”. She is now busy with her works on Persian calligraphy and designing Persian fonts for exerting on textile.