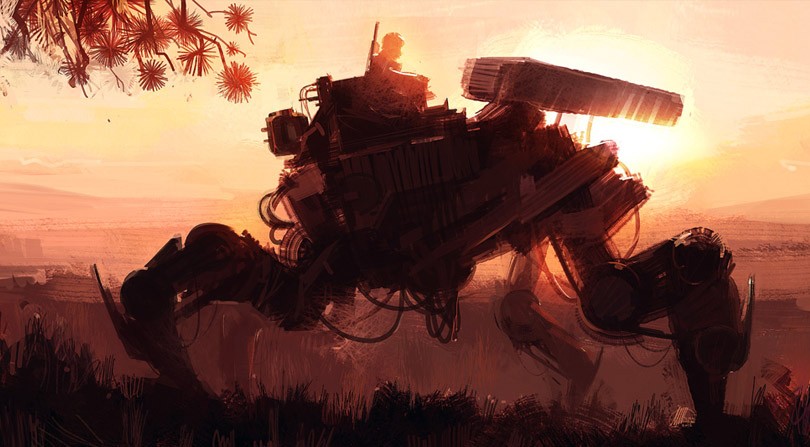 Sina’s familiarity with master Shalchi in 2000, and his attendance in master Mehrdad Khataei classes in 2002 has influenced the formation process of his attitude and lifestyle. He has started his career professionally since 2003, and cooperated with numerous publications including Mitra Publication as a graphic designer.
In 2004, he has entered the University of Sience and Culture and started his education in graphics. During his education, his familiarity with great masters such as late Mrs. Varamini, Mr. Abolfazl Hemmati Ahooee, Mr. Kourosh Parsanejad, and Mr. Farzad Adibi has matured his view and attitude.
Commencing his cooperation with “Hoorakhsh Studio” in 2008 as a graphic designer, concept designer, and illustrator, and his mutual activities with other studio members caused the creation of notable artworks that ended up in his friendship with Amir Zand. “BONOTISS” illustration and concept designing group has been founded, followed by this friendship. The position of “BONOTISS” has been strengthened due to the creation of numerous admirable art works.